Piss off Grim, nobody likes you anyways!

As much as I enjoy almost being killed on a frequent basis, I believe that it should stop.

I'm really getting tired of other peoples piss poor judgements having such a profound effect on my life expectancy; such as yesterday's festival of retardedness.

But without fail I was presented with a plethora of carnage as some idiot woman flew in to the same roundabout without looking at a troubling 20/30mph in her VW Polo.

Now I'm not going to be upset about being written off by a car, it's happened to me enough that I know the motorised vehicle will be the end of me. But seriously a polo?

Being entirely accustomed by this situation and having already accepted fate, instead of panicking and flapping around in some vein attempt to change the fact I'm either going to wake up in an ambulance or at least be heading towards the light. I showed this bitch how things were done.

I started to brake and while I was doing that I pulled a serious face with a look that she'd remember in her deepest nightmares as it smeared across her windscreen.

I don't think I have ever seen an emergency stop performed to a textbook standard, but I ain't going to lie. I wouldn't want that haunting up my shit either, so she made a good decision.

So the moral of this story kids is:- 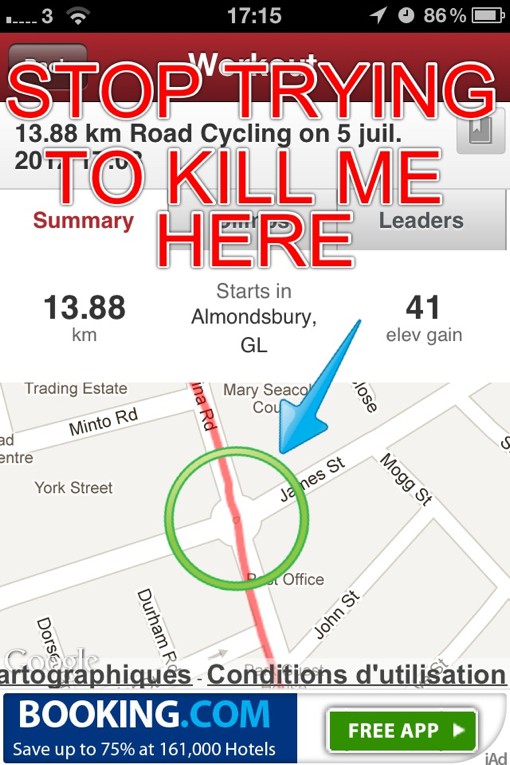