Yesterday I raised a complaint with my bank over a direct debit cancellation that went quite wrong.

I called them up and said "this is the final payment, I need to cancel the direct debit for future payments". Unfortunately it was cancelled there and then and the payment that appeared to have cleared was clawed back.

I got a shitty text message from the company the following day and a twelve quid charge to top it all off. I had to pay them by card and quite frankly their lack of waving in that fee wasn't going to get my custom back ever.

Granted it wasn't their fault, but the woman was a total bitch. That's how you lose a customer, without a word of complaint.

I went back to my bank and explained the situation, they initially said they'd look in to it but when I got the call back it was pretty apparent they hadn't bothered properly looking in to it.

What made that even worse is one of the managers who clearly fobbed me off as a moaner just sent as little possible detail to the guy who had to call me back.

This of course got a rather long and very concise complaint come through, about what would be realistically expected and how I felt that a company I trust with my money, I can no longer trust as they handled a genuine problem as unfairly as they possibly could have. To the point that their reason to reject my initial claim for the twelve quid charge was three words from the end of the call confirming the action and completely ignoring the twenty some odd minute conversation before hand.

They called me last night but I missed the call and they called early this morning but I was in bed. I managed to speak with them this afternoon and it was clear that not only had they looked in to everything further but also apologised for the break down in communication.

They also promised to return the charge I paid and in the last few minutes I got this sent through:- 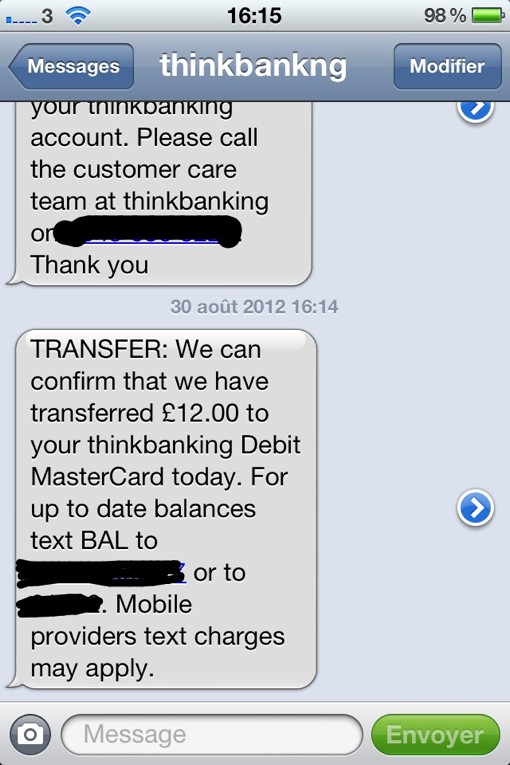 But I seem to be having to make written complaints over things that should never have to get to that stage.