It's been a while since I've had a proper livejoirnal update, I think it's far too easy to get lost in the social-less media of new.  Which I am very guilty of, although linking my wordpress (https://www.costelloe.ca) here has probably dampened the blow a little.

A little that has been going on in my stupidly busy life is that nearly a year ago, I acqusitioned a cat.  I'm not sure how old she is but without doubt one of her parents was satan himself judging by her sour attitude and flare for physical harm. 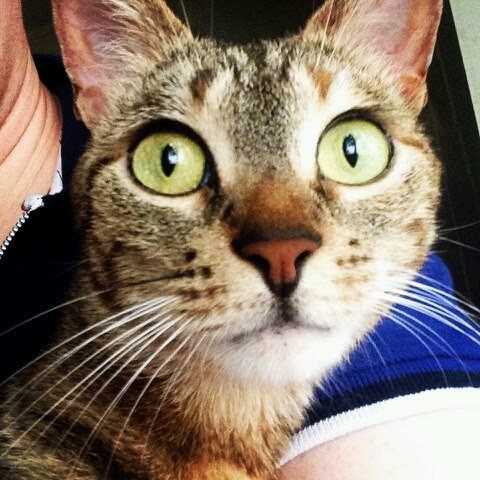 It's a bit strange to have a living thing you need to be responsible for, because quite frankly I'm barely responsible enough to take care of myself at the best of times.  Which can be frighteningly annoying when you spend your last cash on cat food and litter to find Miserable Bitch doesn't like either and takes out her inner rage over it while you're eating the last of pasta you found.

But it brings me to my second update, from where I was very much unemployed a few months back, I'm now over employed.  Which is good on the bank balance but terrible on the whole free time thing.

I'm getting used to it though and finally that looming debt is going away.  Slowly but still ending that shitty chapter all the same.

I have ended up getting a new phone as well, bargan basement Android which is still better than my iPhone.  No more iMessage but Google Hangouts certainly replaces that with ease.

In Janurary I'm also going to use some of this extra cash to get some more suitable furniture and extend on my little space as I've decided that I don't want to leave this appartment any time soon.  It's small parisien but considering the hoops I had to fly though to get here and where I live for this cheap, I can't justify moving for more space or to another quartier.

That's what I have for now, I'll try to post again soon.  Tell me updates in the comments or perhaps even update your journals as my feed is quite thin now days!